What do you find important in a potential long-term partner? When asking this question to heterosexuals, psychologists of mating keep finding that women put higher value on a partner’s financial situation than men. Yet, the explanations on why this is the case differ strongly. For my Bachelor thesis, I compared the mate preferences of people from different cultural and economic backgrounds and examined whether the preference for a mate with money was related to their beliefs about gender roles.

People look for different attributes in a partner, like for instance, physical appearance, attitudinal similarity, or their job. Warmth and reliability are found to be valued by all kinds of people from different genders, age groups and cultures. The mate preference ‘financial resources’, though, seems to be a very gendered one. Cross-culturally, women, even those who are financially independent, report to find a partner’s financial status significantly more important than men. Heterosexual men, on the other hand, seem not to care much about the partner’s income. There are three theories that try to explain this difference in mate preferences of men and women.

Evolutionary psychologists, like David Buss, claim that women are born with an innate disposition to look for a „provider-protector“. In 1989, Buss carried out a large study, in which he asked men and women in 37 countries how important they found a list of characteristics in a potential partner. In 36 of these 37 countries, he found that the average importance given to ‘good earning capacity’ was higher in women than in men, which led Buss to conclude universality and genetic origins. Buss’s 37-culture study is famous and he is still publishing about differences between men and women. Although nowadays this seems to be an outdated view it is still a very influential explanation of why women fall for money. I was taught his theories in several psychology courses at Radboud University.

However, cultural psychologist Ciğdem Kağıtçıbaşı warns that similarity across cultures does not necessarily imply genetic determination. Just because one finds a certain behavior in different cultures, one must not jump to fast overgeneralizing conclusions and speculate about biological origins. The reasons might as well lie in universal or commonly shared psychological or social structural factors. In the case of the mate preference for financial resources, economic, psychological, or social factors related to patriarchy could be such commonly shared latent variables. Structural Powerlessness

Hypothesis claims that women look for financial resources in a partner because they lack access to resources in male-dominated economies. Evidence comes from Zentner and Mitura’s finding that the higher a country’s gender pay gap, the more its women emphasize a partner’s financial situation. Yet, Structural Powerlessness Hypothesis is often invalidated by the finding that women of means in a rather gender-equal environment still look for money in a mate. 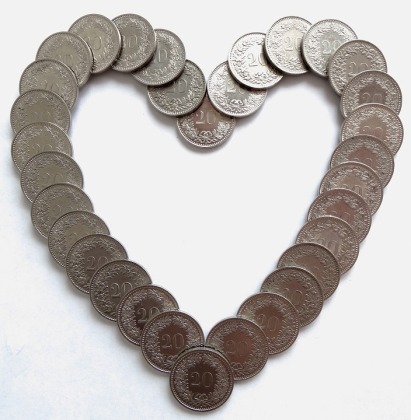 The third theory explains the gendered partner preference for money with a gendered socialization. According to social role theory (1987) or the revision, Biosocial Constructionist theory, by Wood and Eagly (2012), individual and cultural role expectations arise from the gendered division of labour, and these shape mate selection criteria. The explanation why women tend to put more value on a potential mate’s resources than men might be women’s expectation that they will not occupy the role of the main breadwinner. Research supports the claim that role expectations are indeed associated with mate selection criteria: When imagining a provider role, both women and men attach importance to a partner’s home maker qualities, such as cooking skills, and women and men with career aspirations both value a partner’s home maker qualities more than provider qualities, like financial resources.

Such gendered role expectations economically only make sense in an environment where women are structurally disadvantaged. But the phenomenon that women fall for money more than men can be found all over the world, even in relatively gender-equal economies with a lower gender pay gap and even among financially independent women who do not need to rely on a provider. So I think that both the economic disadvantage of women and the social roles are maintained by a patriarchal gender ideology commonly shared by different cultures.

Patriarchy is an ideology, which prescribes male domination over women in society. It thus normatively answers the question of who in a relationship should occupy the powerful position of the main breadwinner. The patriarchal gender norm prescribes that the man should be the main breadwinner, even if the woman also has a job and maybe even earns more. According to this ideology, a man is supposed to be the head of the heterosexual couple, the family, the state, and other social institutions.

Patriarchal gender beliefs could explain why even financially independent women tend to look for economic resources in a potential mate. Gender norms could also explain why even poor men are not attracted to (or even repulsed by) rich women. Just as the patriarchal gender ideology might preclude women from judging men according to their domestic capacities (Zhang, 2014), they might hinder men from evaluating earning capacities in women. Therefore, in my Bachelor thesis, I examined the role of patriarchal gender beliefs on the mate preference for money.

I sent out anonymous online questionnaires to hundreds of students between 18 and 30 from different cultural groups and asked them how important they found a list of characteristics in a potential long-term partner (physical appearance, finances, education, humor etc.). Subsequently, they were asked how much they agreed with patriarchal statements about gender roles, such as “Most men are better suited emotionally for politics than most women.”

For the cross-cultural comparison, my target groups were Dutch, German, and two Turkish origin groups. One group consisted of Turkish students living in Turkey and the other one of second generation migrants, born and raised in Germany or the Netherlands. I included this group in order to test whether the gender ideology persists in the case where parents migrated from a more to a less patriarchal country, but children are raised in a more gender-equal country in which women have more access to the national economy. After that, I asked people to indicate their own financial situation compared to people in their country to test whether rich women would still fall for money. Only in the end were participants asked for information about their sex etc. I ended up with 406 completed questionnaires, of which 61.58% filled in by women. So what kind of people looked for money in a partner?

The first finding was that, on average, well-educated young women nowadays still rate a partner’s financial resources more important than men, independent of their own financial situation. The sample included students from Turkey’s most expensive, private university where you find Ferraris on the student parking. Even such rich women reported to be attracted to rich men. Furthermore, it proved to be valid for women of all cultural groups involved. In Figure 1, you can see that women (blue) of all four cultural groups rate finances higher than men (green). So the phenomenon that women fall for money more than men seems to be still valid among college students nowadays, no matter rich or poor.

The Turkish find money more important than the Dutch & German

Not due to economic environment, but due to culture

Instead, the migrant group clustered together with the Turkish group living in Turkey. I had hypothesized that patriarchal beliefs about gender roles would have an effect on how important people find finances in a partner. Patriarchal gender roles would explain why financially independent women look for economic status in a mate: They live according to the patriarchal norm. I indeed found a statistically significant correlation between people’s agreement with patriarchal gender beliefs and their importance given to a partner’s finances. As you can see in Figure 2, the more people agree with statements like, “A husband’s job is to earn money, a wife’s job is to look after home and family”, the higher they rate the importance of the partner’s economic resources. Interestingly, in all of these cultural groups, some men ‘strongly agreed’ with patriarchal statements, while exactly zero women reported to ‘strongly agree’ with those.

The more patriarchal, the more important the money

However, one thing I found extremely surprising: My hypothesis that men who agreed with patriarchal statements would rate the partner’s financial situation as irrelevant did not match my findings. The more men wanted their future wife to stay home, the more important they found that she earned well. This paradoxical finding can be interpreted in different ways. Maybe these men have high standards and expect their female partner to fulfill domestic burdens, even if she is fulltime employed. They might want her to come from a wealthy family, but not want her to be the main breadwinner. It could also be that people with traditional views about gender roles are also more likely to have a traditional understanding of marriage as well. They would then understand marriage as a social institution with economic functions, which is why economics play a crucial role. But this is mere speculation, these questions are to be answered by future research.

Do women fall for money at all? The well-educated women, as well? The results suggested that they do. All kinds of women rated a partner’s finances more important than all kinds of men. But why? With correlational research like this, it is not possible to determine causal relationships: there could be underlying mechanisms, which this study did not make visible. Therefore, my results can only give an indication of why women might fall for money. I compared group averages, so what I can conclude is which groups of people rated a partner’s finances as more important than others. These were firstly, women, secondly, people who endorsed a patriarchal gender ideology and thirdly, people of Turkish origin. These three effects were additive: A partner’s economic status was most important to Turkish and Turkish migrant women who agreed with patriarchal statements and it was least important to Dutch and German males who disagreed with patriarchal statements.

Marina F. Thomas studied Psychology at Radboud University in Nijmegen and Koç University Istanbul. The research for her present Bachelor Thesis was carried out in 2015 under the supervision of Johan Karremans, associate professor for social and cultural psychology at Radboud University. She currently is a Research Master Student at the Behavioral Science Institute of Radboud University. As a researcher she wants to address relevant societal questions around the subjects of gender, culture, power and sexuality. If you are interested in any details, please contact me under marina.thomas@student.ru.nl. A short version of the thesis, including method and data analysis, is published here: http://journals.library.tudelft.nl/index.php/sure/article/view/1449/1409

View all posts by Raffia

Would you like to be a part of a renowned magazine on gender, diversity & feminism? Radboud Gender & Diversity Studies’ Raffia magazine is looking for new members! See how you can apply.